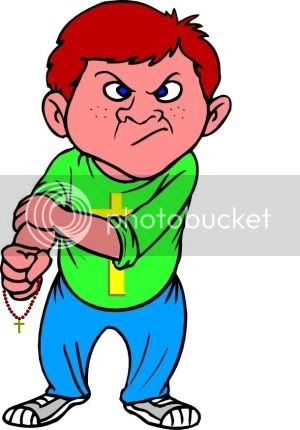 Demons transport this Podcast to your computer


Posted by Hellbound Alleee at 2:04 PM No comments: 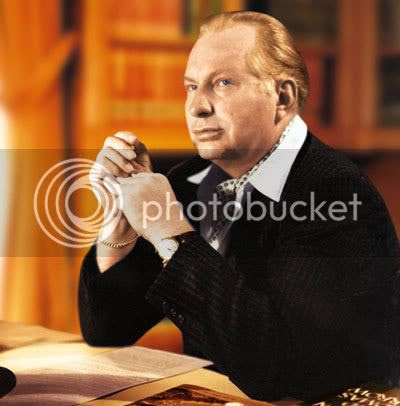 To counter the bad press from the BBC1’s broadcast of Panorama’s “Scientology and Me,” the head of Scientology’s Office of Special Affairs, Mike Rinder, went on a live radio show, heard in the wee hours of the morning. It was a sports talk show which Rinder did along with a UK Scientology big-wig, Bob Keenan.

What does Scientology have to do with Sports? Besides their using a Nigerian soccer player to try to frame Bob Minton on international financial crimes…nada. However, here was a safe port where they could spew their propaganda with no tough questioning.

This is exactly the show Scientology wanted John Sweeney to do. They wanted to show nothing but their good PR spin and panicked when Sweeney suggested he would talk to people with opposing views. The host of this show, Mike Mendoza, allows the most outrageous claims to go unchallenged."

I included a few clips of this show, as well as some recordings of L Ron Hubbard himself, and an audio clip of OT III. OT III, Operating Thetan Level 3, according to the Acronym/Terminology FAQ" by Martin G. V. Hunt, is


" also called the wall of fire. Deals with Incident II, Xenu and the H bombs. Hubbard said that anyone who was exposed to this level casually would "freewheel" through it, become a chronic insomniac, then get sick and die. (cough, cough.)"

Posted by Hellbound Alleee at 6:41 AM 3 comments: 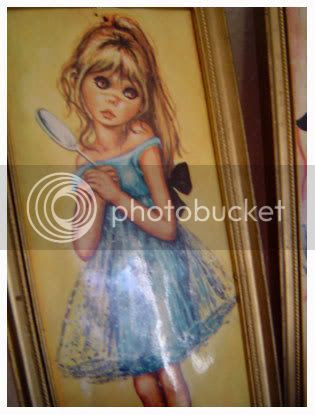 This episode is dedicated to fathers everywhere, and the daughters who suffer. 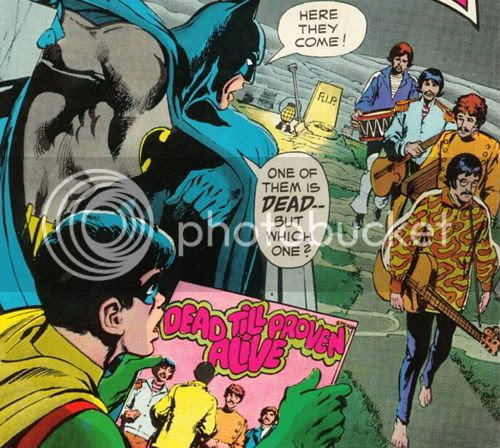 Posted by Hellbound Alleee at 1:02 PM No comments: 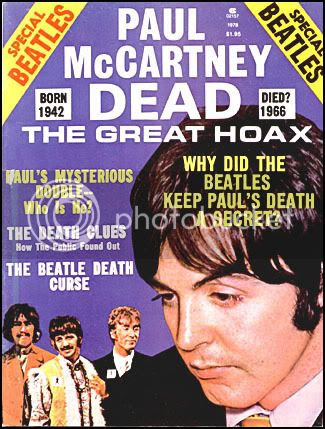 This is the first part of a two-part podcast, sharing all kinds of Beatles' covers. I'm willing to bet many of you have more Beatles' covers than you know! The podcasts come to you with the help an inspiration from Wiel's Time Capsule (in an Electric Storm), from a wonderful share, "Silly Beatles." Wiel mentioned to me that many of his tracks came from the compilation "The Exotic Beatles."

The clips this time are from a recording called "Is Paul Dead," downloaded from Ubu Web's (and Otis Fodder's) 365 Days Project. It can still be downloaded there, along with a lot of great tracks.

Don't Let Me Download
Posted by Hellbound Alleee at 7:44 AM No comments:

An Open Letter to Cindy Sheehan

You have recently written an entry in your diary which, if you’ll pardon me the metaphor, hands in your resignation to the anti-war movement. Even though I have not gone through the same experiences, I strongly sympathize with everything you say in it, and I think I may help clarify some things you might not yet be aware of.

Your thoughtful disillusionment with left-wing and right-wing politics echoes the feeling that other reasonable people, who desire change for the better but realize that politics is always the same song-and-dance, are eventually faced with. You are far from being alone.

To me, the most poignant passage in your entry is this:

The most devastating conclusion that I reached this morning, however, was that Casey did indeed die for nothing. His precious lifeblood drained out in a country far away from his family who loves him, killed by his own country which is beholden to and run by a war machine that even controls what we think.

You, and at least three thousand other mothers of soldiers, as well as tens of thousands of Iraqi mothers, are justified in demanding justice. But such justice will never be granted you by the government, whether it be Republican or Democrat.

Sending young men to their deaths for the interests of the ruling class is a phenomena that has existed for as long as government has existed as a concept. Every empire, from the Roman Empire to the British Empire to the current “America, World Police,” has had its millions of youths willing to spill their own blood for their “homeland,” indoctrinated in believing in their “homeland” from day one.

You probably understand the impossibility of getting justice for the war through politics by now. Neither will the end of these unjust wars be granted, even when the Iraq War itself eventually ends. The fact of the matter is this:

I do not blame you from not knowing this from the onset, as most people have been indoctrinated into believing that the only avenue for change is to “work within the system.” I also used to believe in “working the system.” However, no successful ideology or movement has ever achieved any lasting freedom through doing so, because the ruling class is always in control.

You say you want “peace with justice.” This is a laudable goal, and I agree with you. In your tumultuous association with the peace movement, have you found anyone who was actually willing to understand the root causes of war, and how to eradicate them? Or did you only find people willing to agitate against war, but with no binding force or principle?

I am sure you have thought about the causes of war. I can’t vouch for your reflexions on the topic. I will tell you what I know. There are many factors that cause war, and most of these are outside anyone’s reach. But I can point to one necessary and crucial cause that we can change: government power. And who says government, says taxation.

The 20th Century proved, if you were paying any attention, that taxation is the great enemy of civilization. How do you think Hitler paid for that army? With voluntary contributions? How did Stalin pay for the Gulag Archipelago? With baked goods sales?
James Ostrowski

Everyone is forced to comply and finance these wars, whether they like them or not, by taxation. By monopolizing the resources in a society, government has the power of waging war on a grand scale, in the name of interests which otherwise would not waste the money needed for such actions. Government has the power of luring our youth with free educations in order to do its bidding, or outright enslave them for a period of time (through the draft).

Activists love the government because they want to manipulate its power to their advantage. So it is a very hard fact to face for peace activists, but an inescapable fact, that government is necessary for large-scale war. Anyone who desires peace as a primary value of society must realize that lasting peace can only be achieved if there is no government.

In all history there is no war which was not hatched by the governments, the governments alone, independent of the interests of the people, to whom war is always pernicious even when successful.
Leo Tolstoy (Christian Anarchist)

As a Market Anarchist, I believe that government, as the monopoly on law and force in a society, exploits people’s resources, children and moral integrity in the name of wars that only benefit itself and its powerful friends. I also believe that the only way to prevent governance abuse is to have a free competition of governance, on the market.

It would be absurd for anyone to cooperate with their enemies (the ruling class) in order to try to achieve change! And yet that is what most peace activists do. The ideology of peace, like any other ideology or movement, can only be achieved by disengagement and principled resistance.

All successful improvements in man’s freedom and understanding have been brought about by such means. No positive movement in history has ever succeeded by any other means. And disengagement and principled resistance against government and its criminal monopoly is what we advocate.

You may think that the concepts we advocate sound radical. However, I truly believe they are the only solution to the problem of war. Historically, Market Anarchist societies did not wage war on other societies, simply because war is too costly to wage if you have to bear the cost yourself, and you can’t steal from others or enslave them in order to wage wars for you. Until we understand that having a monopoly of force able to finance war by stealing from our own pockets and enslaving our children is a bad idea, we will never solve the problem of war.

I hope I have been able to clarify some things for you, and perhaps spark some interest in our growing movement. Either way, good luck to you in your future endeavors.

http://www.simplyanarchy.com/
Posted by Hellbound Alleee at 6:12 AM No comments:

This blog, for educational purposes, contains frank, and open content, and is not censored. It is not "family-friendly." All content is the sole responsibility of The Hellbound Alleee Network.

Sensitive readers and/or viewers may not want to read further. 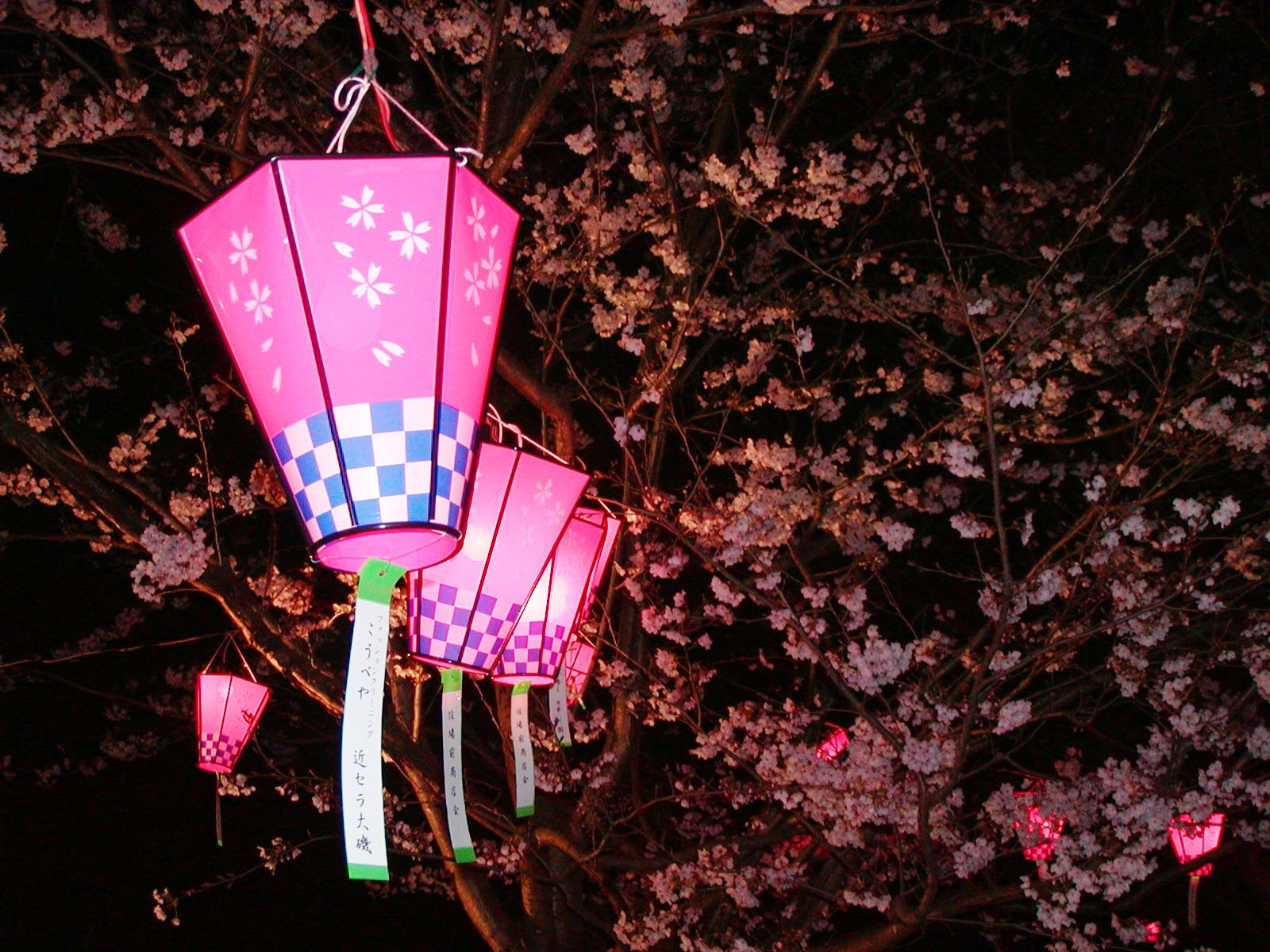 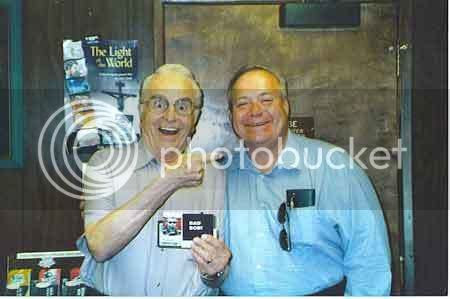 The Face Of Chick?

What you are looking at may be the first known, recent photo of Jack T. Chick (left) to emerge on the Internet.

On April 18th, I was arrested. This normally wouldn’t be big news, but the situation arround which I was arrested brings up serious questions. I was arrested at Kutztown University, where I am a student, because I decided to try to liven the mood after the Life and Liberty Ministries began to upset students. They came on campus with signs that featured aborted fetuses, lists of people who will be going to hell, and catchy phrases such as “JESUS OR HELL”. I have friends who are gay, and these people who came onto Kutztown University’s campus without permission or prior notice were upsetting students all over campus.

I decided not to simply let them upset people, so I went to the bookstore and purchased a posterboard and sharpie marker and made my own sign. It said “Equal Rights for Robots”, a saying I thought no one would be able to take the wrong way. The protesters had been on campus for about two hours at this time, and the whole time the police were protecting them from the students. To my knowledge, the protesters at this time had not been asked to leave. With my sign in hand, I walked out and waved my sign in the air.

I had some small support from students around me, as most saw the attempt at humor to lighten a rough situation. However, within about two or three minutes a police officer came over to me and told me to come with him. I was dropped off at the police area, searched and taken to the local precinct where I was held for an hour and a half. One of the protesters was held there with me, but I do not know why he was arrested.

I was charged with Disorderly Conduct with intent to “alarm or annoy” and in the citation it says I was “warned repeatedly” to stop. Neither is true, and when I pointed this out to the officer who wrote it out for me he said something along the lines of I don’t care and made a comment along the lines of tell it to the judge. I plead not guilty and face a three hundred dollar fine or up to 90 days in jail if found guilty. 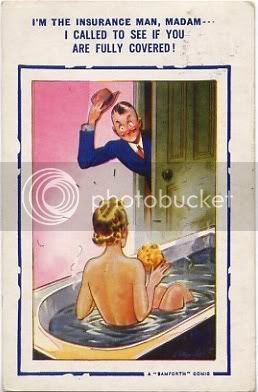 Sign Here
Posted by Hellbound Alleee at 5:46 PM No comments: