The Government Cannot "Give" Rights

The Enchanted Pot: Something Weird on You Tube

Posted by Hellbound Alleee at 10:00 AM No comments: 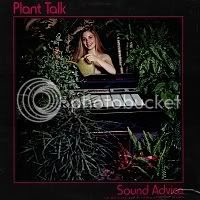 Mondo 68: The Secret Life of Plants

Downloadius Sporus Linkus
Posted by Hellbound Alleee at 9:49 AM No comments:

I LIKE HAM! I TALKED TO HAM! The Special Times Report on the Creationist Museum 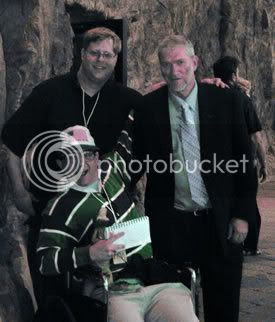 “You said the dinosaurs wouldn’t eat Adam and Eve…”

“In the garden,” Ham said, looking over me into the filtering crowd, “you know, the Bible tells us in the garden before sin, in fact in the world before sin, all animals were vegetarian and so was Adam and Eve, and even though they have sharp teeth…”

“Why they have sharp teeth?” I interjected in my slow droning falsetto.

If there were a heaven, it would be for her

You were real. Thank You. 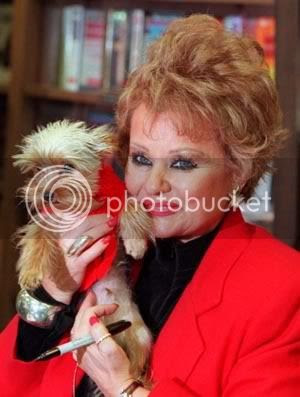 Posted by Hellbound Alleee at 11:48 AM No comments:

Why I Don't Care for Separation of Church and State

It sounds crazy at first. Why, no atheist would want to be ruled by a basically fascistic worldview, where all people are deemed to be evil at their core, and the ending of the human race is seen as the greatest event to ever happen.

I am a market anarchist. Why, then, would I care which class kidnaps, steals from, and kills its citizens, with no recourse?

The State : It claims to have given us rights which are natural states to begin with. It deems murder to be lawful/moral when it sees fit. It is a monopoly, and we have no choice in the matter.

The Church: It claims God gives us rules which don't exist naturally. It deems murder to be moral when God sees fit. It is NOT a monopoly, and we have every choice whether to follow it, unless it becomes the state.

The wall of separation is guarded fiercely by those who love the law, the constitution, and America. I see none of these as legitimate, so it is not my place to guard this. Those who fight for the wall see the chance of the Church becoming the state as a frightening thing: think of the way it will intrude on us and our private lives! Unfortunately, wall builders, these horrors are already true. We have no choice but to live in a world where our reality is re-defined, and our lives, our values, and our virtues are ruled by fear, violence, and guns. No words on a piece of parchment paper, no matter how distinguished its writer, can keep that out of our homes.
Posted by Hellbound Alleee at 6:35 AM 5 comments: 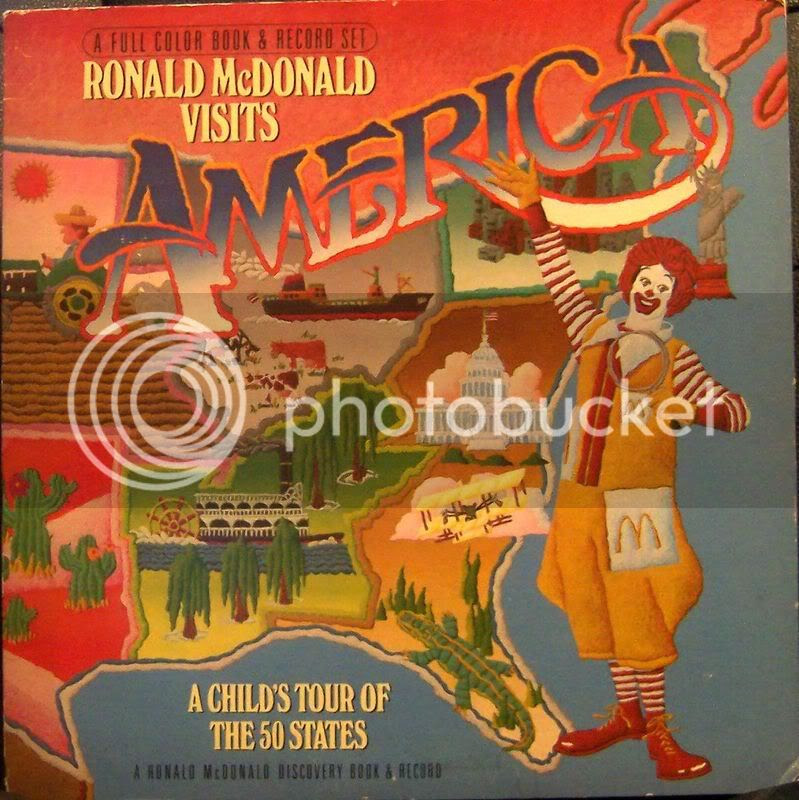 1 All-Beef Podcast
Posted by Hellbound Alleee at 12:37 PM No comments:

ATTN MORONS: Christmas Trees are SECULAR Symbols, NOT RELIGIOUS ONES 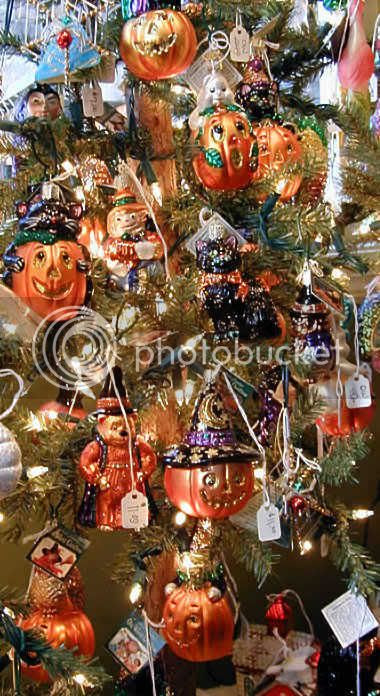 War on the War on Xmas starts early

Christmas trees come down at Sea-Tac, controversy rises
Some want airport decorations put back up.

Amid the growing controversy over the Port of Seattle's decision to remove Christmas trees from the airport, many agree on one thing: Packing away the trees could have been an overreaction.

The port's staff took down the trees Thursday after commissioners learned a lawsuit could be filed the next day if they didn't allow an 8-foot menorah to be displayed beside the largest of 15 Christmas trees throughout the airport.

How many times do I have to tell you people? Sheesh. Xmas trees, forbidden in the bible, pagan symbols at the start, were never really religious symbols, but were rather used as the rest of the festivities have always been used: for FUN. Jews use them. Atheists use them. Lapsed Catholics use them. Cut the crap, and stop being weenies. Put up trees. Hell, put 'em up year-round. But that would be acknowledging REALITY, and we can't have that!

Do you guys really still believe in the state, municipalities, etc etc? Please stop believing in two or more different realities. Because that means you're irrational, or crazy. I don't want to believe it. 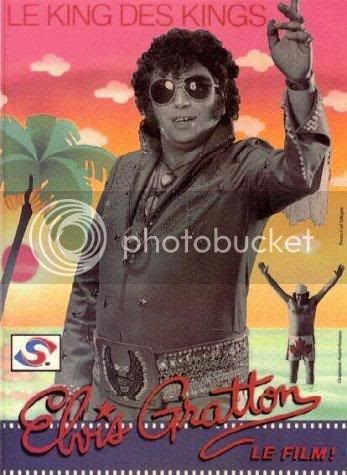 Puis tu chies de l’or en barre? Then Download. What are you waiting for?
Posted by Hellbound Alleee at 9:25 AM No comments:

Weird case of "Mircea vs God"

After two years of debates, Romanian prosecutors stoped the investigations in weird case of “Mircea vs God”.

In 2005, Pavel Mircea, who serve for 20 years in prison for murder, sued God because He did’nt protected him from troubles, as He promises at christening time, and the God left him to Satan, who stimulate him for murder.

Additionally, Mircea accused God for bribery and fraud and asked back the money spended with candles and religious services.

The attorney decided don’t begin the criminal investigation versus God. They argumentated God don’t have a residence where the Prosecutor’s Office send a subpoena.

Granny is a Terrorist! Gasp! 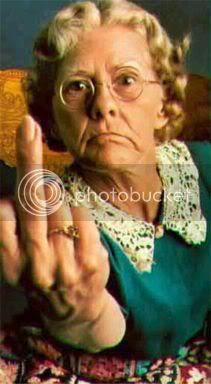 Dear lovers of Democracy, and those who believe in voting, and America,

Found on Check Your Premises:

Who does the Bill of Rights protect you from?

Nothing, not if the Government doesn't want them to.

A 57 year-old school principle was branded a terrorist for putting the wrong picnic item in the wrong bag. For this, she lost her constitutional rights:

"You've committed a felony," Beaman says a security screener announced. "And you're considered a terrorist."

Beaman says she was told her name would go on a terrorist watch-list and that she would have to pay a $500 fine.

"I'm a 57-year-old woman who is taking care of 37 kids," she told them. "I'm not gonna commit a terrorist act." Beaman says they took information from her Washington drivers license and confiscated and photographed the knife according to standard operating procedure.

"They said 'no' and they said it's a national security issue. And I said what about my constitutional rights? And they said 'not at this point ... you don't have any'."

...and just at what point did she get them back? the moment she stepped through the little line between baggage claim and the gates? Does that remind anyone of the little lines between one "country" and another? If rights are real, they certainly have nothing to do with the ones so graciously "granted" to us at birth by the imaginary entity called "America." Those rights can be "taken away" at the whim of some airport schlubs. They are, therefore, just as arbitrary and morally relative as the "rights and wrongs" that are at the whim of an imaginary God.

Do you feel safe and protected now? What did you celebrate on Independance Day? Your freedom?

Yes, the story was from a couple years ago, and no, morality doesn't change in 2 years.
Posted by Hellbound Alleee at 6:13 AM No comments: 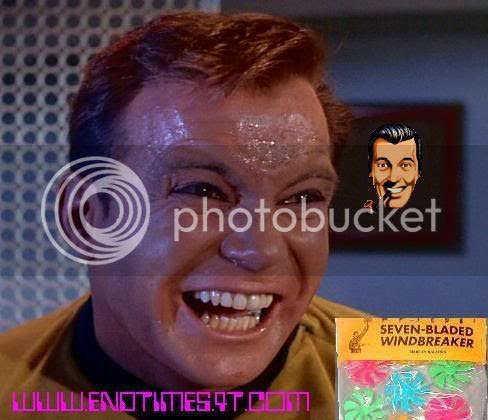 The Mondo 65 FAQ (which is from Wikipedia, of course):

X-Day is part of the mythology of the satirical Church of the SubGenius, an organization formed as a parody of cults and extreme religious groups, and their pamphlets and claims. X-Day fell on July 5th, 1998, the scheduled "end of the world", and has been celebrated on July 5th each year since then. From its inception in 1980, the Church had prophesied that an army of alien invaders would land on the planet Earth and destroy the world of "normals", "pinks", and "glorps," while the members of the Church of the SubGenius would be rescued by the aliens and taken away into space.

When July 5th, 1998 arrived and no alien fleet appeared in the sky, members of the Church began citing a large number of conspiracy theories to explain why the predicted end of the world did not take place. The ddate program claims that the Church "declared that it had got the year upside down" and that X-Day will actually take place in 8661. The most popular explanation for the failure of the prophecy in the Church is usually summarized with the statement, "the calendar is wrong and July 5th, 1998 has not really arrived yet." Because of this, the Church has held annual gatherings around July 5th of each year since 1998 to celebrate X-day and greet the arrival of the anticipated alien "Sex Goddesses." No flying saucer rendezvous has been confirmed as of 2006, but members of the Church have been undaunted.

Regular events at X-Day include a symbolic effigy burning of J. R. "Bob" Dobbs (the founder of the Church of the SubGenius); a baptism where participants have their sins "washed away", "and receive new ones in return"; concerts and performances by underground rock bands and performance artists; theme camps; and an auction where participants are encouraged to donate strange, unusual, and offensive items of all sorts (including themselves).

Since its inception in 1953, Church founder J.R. "Bob" Dobbs has predicted that a fleet of flying saucers will arrive at the beginning of July to destroy the worldwide Conspiracy against the Church of the SubGenius, while all ordained SubGenius ministers will be rescued by escape vessels piloted by the Alien Sex Goddesses, also known as the Xists. The expected arrival date for the alien invasion is July 5th, 2007.

Meanwhile, the town of Roswell, New Mexico is holding its Amazing UFO Festival to celebrate the 60th anniversary of the "Roswell UFO Incident" that took place in 1947. The date of this festival: July 5th, 2007.

Roswell's festival is being heavily promoted, and it is expected to draw a crowd of nearly 50,000 visitors. The festival promotes itself as being family-friendly, and noted UFO researchers and conspiracy theorists are expected to attend. Parades, costumes, and carnival rides are planned, along with costumes and commercial events.

Rev. Modemac, one of the X-Day festival's organizers, stated, "Of course, you can't copyright or trademark the date of July 5th, so those folks in Roswell are free to hold their celebration on any day they choose. However, the original Roswell incident took place on July 8th, not July 5th. So obviously they chose the date of July 5th in order to imitate us."

He further went on to state, "They're celebrating the 60th anniversary of a crashed weather balloon. We're preparing for the real thing."

YES!! YOU CAN HAVE IT ALL! GREAT WEALTH! GREAT SEX! LOTTO LUCK! CLICK HERE! PRAISE BOB!
Posted by Hellbound Alleee at 4:00 PM No comments: