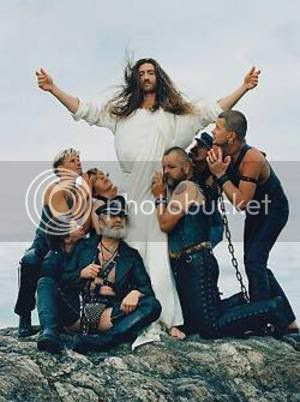 The Truth Wins Out

Posted by Hellbound Alleee at 7:54 PM No comments:

News for Patriots. Get ready for Flag Days!

In honor of the Market Anarchist Carnivale, and the patriotic days past and future foisted on those of us in Middle-North-America, I give you Something to Be Patriotic About:

The Stranger gives us

TUESDAY, MAY 20 In bigger news: Today the U.S. Justice Department released its 370-page report detailing abuses witnessed by FBI agents at U.S.-run detention facilities overseas. To celebrate, members of Congress were treated to the testimony of Murat Kurnaz, a 26-year-old Turkish man arrested while traveling with a religious tourism group in Pakistan in late 2001 and held by U.S. forces in Afghanistan and at Guantánamo Bay for nearly five years. Details come from ABC News: Speaking via video link from Germany, Kurnaz told the House Foreign Affairs Committee of his astoundingly awful treatment at the hands of the U.S., allegedly including electric shocks, being chained by his arms to the ceiling with his feet dangling, and, uh, "water treatment." "They stuck my head into a bucket of water and punched me in the stomach," said Kurnaz of his captors at the U.S. base in Kandahar. "I inhaled the water... It was a strong punch." Kurnaz also alleged that U.S. interrogators tried to force him to sign papers admitting his guilt, and testified that although he had no links to al Qaeda—and German intelligence services told U.S. officials that he was not a terrorist in 2002—he remained at Guantánamo (where the abuses allegedly continued) until August 2006. "I didn't think this could happen in the 21st century," said Kurnaz. "I could never have imagined that this place was created by the United States."

Shocker. Not in the United States, surely. I guess that's why that murderous Yahweh blesses it.
Posted by Hellbound Alleee at 9:01 AM No comments:


Welcome to the May 29, 2008 edition of the Carnival of Market Anarchy. I'm really proud to host it here on my blog, which is, after all, Market Anarchist, but not so much a Market Anarchist blog. I hope my regulars can get something out of this, but if you've come here just for the carnival, I hope you take some time and browse the other entries here. I mostly post my podcast, Mondo Diablo, which is full of strange and wonderful music, and sometimes, topics of interest to atheists and/or market anarchists alike.

I received several relevant posts, but if you don't see your blog here, sorry. I got a lot of submissions from folks who wanted to post about Marketing, or something about The Market, but not anarchy. I'd hoped people would look more closely at the carnivals to which they submitted. I'm not sure how much a real-estate marketer really wants his blog posted here. But if they do want to talk about anarchy, they would be more than welcome to submit another post.

Some of the posts were simply too pro-state to fit into an anarchist blog carnival. I don't mean they weren't "good posts", they just weren't anarchistic.

On to the carnivale!


Danny Simkin presents Anarchy, autonomy, whatever posted at Samson Blinded. Forget for a moment that he calls "Judea" a "state."This is something that people forget when talking about or imagining anarchy. You have to accept that people want to create communities, and gather like-minded people around them. In a market anarchy, this is what we want. There are groups of people who want to do their own thing, and be left alone:

"That’s all we ask for: leave us alone. Continue with your socialist state, if you like, just let us live as we wish. To work our orchards, educate our children, enjoy our communities. We don’t even want to vote: elect olmerts for yourself. We accept any jurisdiction: abandon our townships to Palestinians and we will live as dhimmi under Abu Mazen. Big leftist Israel or Great Islamic Palestine, makes no difference to us.

The Whited Sepulchre presents All I Need To Know, I Learned At Auctions Part 1 posted at The Whited Sepulchre. It's true. The State creates artificial worth for things through taxation, wheeling-and-dealing, etc. based on its own interest. But given the chance, people agree on what something is worth without help from Brother:

"Auctions are the best example of Market Anarchy that anyone has ever devised. Things sell for what they're worth. What are they worth? Whatever people will give for them."

Stop being terrified, and end it, because


A while back, I started looking for examples of ways tax resisters have
organized mutual aid pacts to help diffuse the effects of government
retaliation. In the course of doing the research, though, I started
collecting examples instead of a larger variety collective projects resisters
and their sympathizers have used in support of tax resistance.

Michael Snyder wrote a post about the bizarre voluntary extinction movement at Radical Depopulation Of The Earth - The Solution To Mankind's Problems? posted at Shattered Paradigm.

Problem: Gas costs too much and we are faced with "global warming".

Answer: Get rid of a whole bunch of people and we will use less gas and we will produce less "greenhouse gases".


Francois Tremblay, the husband, has two posts this week.

The first highlights the crap that actually comes out of people's mouths, at Are taxes voluntary? Harry Reid says yes!

"Harry Reid: ... Our system of government is a voluntary tax system."

The second reminds us what really makes the world go 'round. It turns out it is love, not money, after all:

"It is easy to underestimate this principle. I think people have this implicit idea that force runs the world, because it is so showy and flagrant in its application and results, but what they forget is that behind the violence is action, and behind the action is beliefs. People kill and hurt each other for a reason."

It's about morality, stupid. posted at Check yer Premises.


David_Z slays the argument that immigrants don't pull their weight at Exploitation: Immigrants and Slaves posted at ...no third solution.

"If slavery persisted to-day, some would argue that freed slaves would consume far more in government programs than they would pay in taxes. But the freed slave, or the immigrant’s comparative poverty and misfortune is the result of the system which has been holding them back; it is not caused by a desire to “cheat” the rest of us!"

NotYourDaddy points out that oil companies are no more evil than any other coprporation--including the government, at Evil Oil Companies? posted at Government is not your Daddy.

"We’ve heard a lot about Hope and Change from Senator Obama, but his actual positions on the issues have so far struck me as vague. So I decided to visit his Web site and see if I can figure out where he actually stands on some issues. Naturally, the first issue that drew my attention was the Economy."


John Petrie reminds us that while you might think that California just had a victory for gay rights, it's just another way the state can be involved in our sex lives, at They graciously hand down our rights posted at Blagnet.net.

"The California Supreme Court's ruling in favor of gay marriage should be celebrated only to the extent that we should celebrate when any law is repealed or declared unconstitutional, and, hopefully, to the extent that it makes people realize the State shouldn't be involved in marriage at all."

In an apparent effort to squelch any remaining euroskepticism among the warier segments of the Slovak population, the National Bank of Slovakia and Bratislava’s regional school authority have teamed up to create a cute little contest for kids entitled “Euro mena očami detí” (”The euro currency in the eyes of children”).

Finally, we have Wenchypoo's posts (I have to be sexist and point out female posts. We don't get many.)

Wenchypoo has two posts. The first is More on the Oil Front: Subsidization By Country

Gas prices are changing the way people live, now, as I publish this carnival. People are freaking out, there are SUVs all up and down the street where I live, with "For Sale" signs on them (for MUCH too much, I might add), and they're saying fucked up and stupid things on local tv news spots ("I just close my eyes and pump," heard on a Seattle station on May 27th). Why won't the government do something, they cry.

Well, why dya s'pose the prices are so high in the first place? Because we're actually paying for oil?

"Something else to factor into the high price of oil: government subsidization. Much like Big Pharma and high drug prices being borne by individuals in THIS country (as well as others, but not many), oil is going through pretty much the same thing--more affluent countries paying more per citizen, while smaller, less affluent countries paying less because they're being subsidized by governments.

Like Big Pharma and the "we-pay-for-research-and-development" scam here in the U.S., we're also paying for the "research and development" of oil resources too through UNSUBSIDIZED oil and gas purchases."

Wenchypoo's second post points out that taxing the rich is no solution to our problems, since we all pay about the same, at
Taxing the Rich? Hell, You Can't Even SOAK 'Em! posted at Wisdom From Wenchypoo's Mental Wastebasket.

Here's the part that the Blog Carnival folks told me to add. Submit your blog article to the next edition of da market anarchist carnival using our carnival submission form.
Past posts and future hosts can be found on our blog carnival index page.

Posted by Hellbound Alleee at 2:47 AM No comments:

Episode 133: The Most Unwanted Music: Dave Soldier and Komar & Melamid 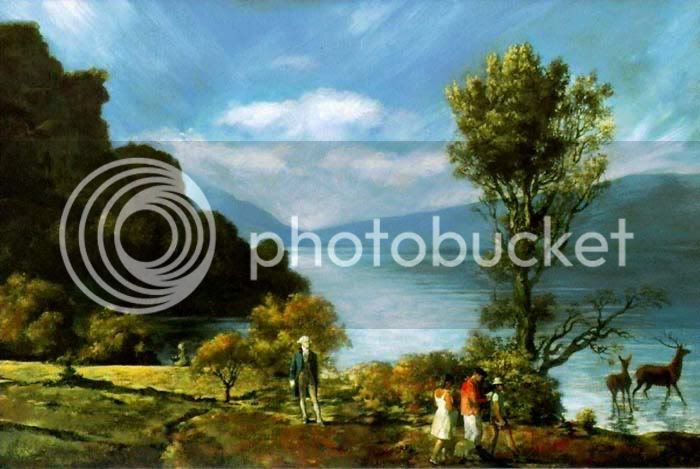 Posted by Hellbound Alleee at 6:10 PM No comments: 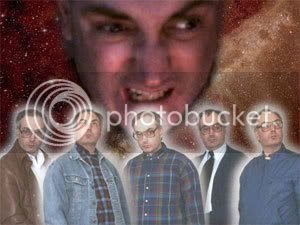 Episode 130: Shatner on Shatner: Get a Life!

Set Phasers to DOWNLOAD!
Posted by Hellbound Alleee at 3:09 AM No comments: 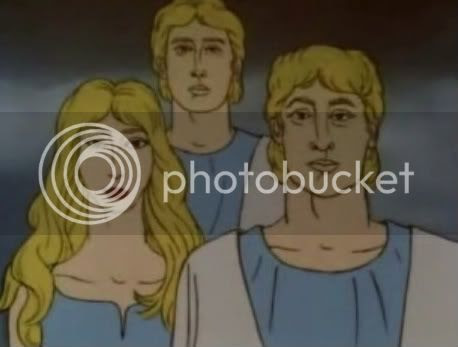 Click Here to reveal the third testament of Jesus Christ!
Posted by Hellbound Alleee at 8:16 PM No comments:

Episode 128: How to Good-bye Depression (if you constrict anus 100 times everyday) 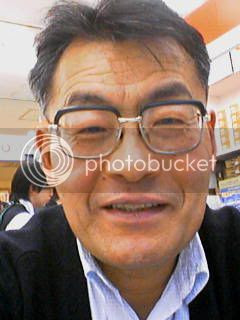 It is effective to be happy to constrict finger to click here and download, to live 20 years younger.
Posted by Hellbound Alleee at 9:35 AM No comments: