Not Your Pagan Ancestors' Holiday
Posted by Hellbound Alleee at 12:03 PM No comments:

Posted by Hellbound Alleee at 4:23 AM No comments:

Email ThisBlogThis!Share to TwitterShare to FacebookShare to Pinterest
Labels: You Tube Videos 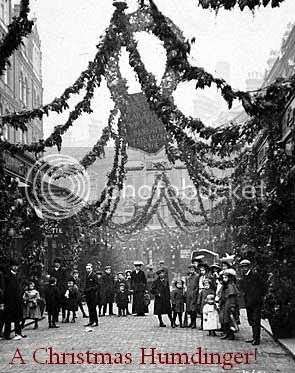 This week, all tracks were recorded before 1930.

A Christmas Humdinger!
Posted by Hellbound Alleee at 5:58 PM No comments:

For Your Sister (the smart one):

The Irrationality of Theism, by Samuel Thomas Poling, from The Rational Response Squad
What does the theist have to lose, Pascal? Much more than you think.

Are We There Yet? by Blueberry, from Texas Oasis

"...they oughta send them damned atheists over to Afghanistan."

Believing in Dumb, Unproven Crap can Kill, by Amy Alkin, from Advice Goddess
Nothing goes better with gay sex than shellfish.

Don't Call me Stupid; Think of a Synonym, Instead, by John, from Hell's Handmaiden

What is the first thought that comes to mind when a collegue is behaving illogically and irrationally? Perhaps, ‘idiot’? ‘Stupid’? Or ‘What a moron’?

What's a Little Atheist-Bashing Among Friends? by vjack, from Atheist Revolution

If I, as an atheist, am not willing to speak for us and to correct misconceptions when they are voiced, then how can I expect anyone else to do so?

...well, it's generally not a good idea to speak for loudmouths like me, but it's the thought that counts, I suppose.

No, Ma, I converted because the Bible's boring. There's too much begetting and not enough killing of infidels. I'm a child of the twenty-first century, Mom. I need action, and I found it in the Koran.

Have They Learned Their Lesson? by Klaas Acts, from Klaas Acts
The Catholic Church will Never Learn.

Wal-Mart, by FriendlyAtheist from Friendly Atheist
It seems that The War on Christmas is earlier and earlier every year. Sigh.

There are so many good reasons to boycott Wal-Mart.

This is not one of them.

No, the fact that Wal-Mart is helping (in the case of my parents, changing the lives of) millions and millions of prescription drug users is one of the good reasons, I guess! ;)

Re-Framing the ID Debate by Jeff Hebert, from A Nerd's Country Journal
The ID/Evolution "debate" is not about atheism, but creationists would like it to be. Although the debate is neither about religion nor atheism, Jeff argues why it might be framed this way.

Can Atheism Slay Goliath? by Brian Davies, from The Right of Reason
I don't know, ask "Atheism." She's at home. Good ideas last a long time, but bad ones never leave.

Saying Grace, by Francois Tremblay, from Check Your Premises
If you were asked to say grace at the family table, what would your blessing be? I hope that one day he will offer this grace to the rest of my family. How could they complain? (They'd find a way.)

My Atheist Thanksgiving Day Prayer, by Buridan, from Buridan's Ass
The second secular grace as I suggested for this Carnival. This one would be sure to set any Fundy Family's teeth grating. ;)

Thanksgiving's Prayer, by Bora Zivkovic, from A Blog Around the Clock
Brevity is the soul of wit.

"There is no object so foul that an intense light will not make beautiful."

Proving his religion -- Dr. Tundra and the Noodly Norsemen, by Mark A. Rayner, from The Squib
Who are the Chosen People? The Pirates, or the Vikings? Mark reports on the debate.

God and the Masculine Pronoun, by Stephen Frug, from Attempts
Making much of God's gender is important to theists who try too hard to obscure Scripture's inherent sexism.

How to Tell a Good Fundie from a Bad Fundie, by Joe Crumpler, from Deep Thoughts
...by analyzing their claims.

For your weird uncle Chester who wouldn't leave you alone when you were a little kid:

Some Irony for Your Amusement, by Lisa W., from Lemons and Lollipops

Have YOU ever tried to explain to a third grader what "virgin" and "undefiled" mean?
Oy...

Fill My Eyes with that Double-Vision, by Barry Leiba, from Staring at Empty Pages
Talking to people who aren't there is socially acceptible; quite normal, actually.

What is the real difference between a divine vision and a psychotic delusion? Why is it socially acceptable to see God or Jesus or a saint, or perhaps a dead relative, but not Elvis or George Washington or Mary, Queen of Scots?

Because the insane are running the asylum!

And most important of all, for your fundy neighbors:

How to Become a Religious Hypocrite in 10 Easy Lessons, by Jake Danger, from Lunatic Wisdom: Life Beyond the Matrix


Your purpose here is to accumulate power by winning moral authority over others. To do this you need a keen eye for their sins (actually they need not be sins at all, as long as they can be easily portrayed as such - playing poker or billiards, for example, or even watching Hollywood movies).

Religion, Excuses, and Desires, by Alon Levy, from Abstract Nonsense
People hold values and morals in spite of their religions: not because of them.

Christians' Moral Blind Spot, by Martin Wagner, from The Atheist Experience
My absolute favorite subject: The immorality of Christianity!

Why Go On? by Greg, from Free Mind Joe
Greg illustrates exactly why the material is reason enough to celebrate, to live. After all, what the hell else is there? Merry Christmas, everyone!

Email ThisBlogThis!Share to TwitterShare to FacebookShare to Pinterest
Labels: atheism, blog carnival, carnival of the godless 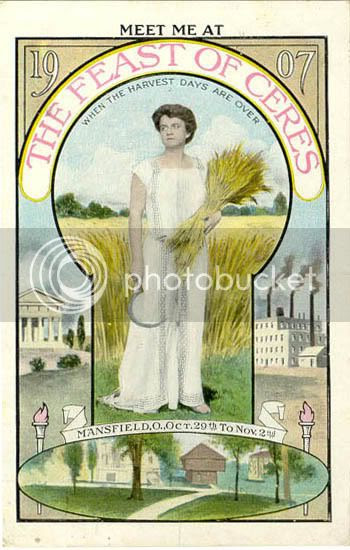 This week, Franc and I discuss the secular nature of the Thanksgiving holiday, the non-mystical nature of the origins of morality, and the special-pleading nature of statists.

Edit: Sorry if you had problems downloading. It should be fixed now.
Posted by Hellbound Alleee at 5:51 PM 3 comments:

Submit Your Articles for COTG on November 26 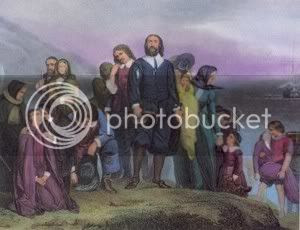 Yes, the Carnival of the Godless will be right here on Hellbound Alleee's Blog on November 26, Thanksgiving weekend!

In case you want to submit something, but are stumped as to a good topic, let me suggest a topic:

If you were asked to say the Family Grace at the Thanksgiving Day Table, what would you say? Or rather, invent a lovely and secular Toast of Thanks, appropriate for this coming atheistic holiday.

Bon Appetit!
Posted by Hellbound Alleee at 1:29 PM No comments:

Email ThisBlogThis!Share to TwitterShare to FacebookShare to Pinterest
Labels: blog carnival, carnival of the godless, Thanksgiving

What?!? A THANKSGIVING Podcast?!?

Thanksgiving: The Atheistic Holiday
Posted by Hellbound Alleee at 1:28 PM No comments:

Your Friends Won't Understand
Posted by Hellbound Alleee at 2:30 PM No comments: 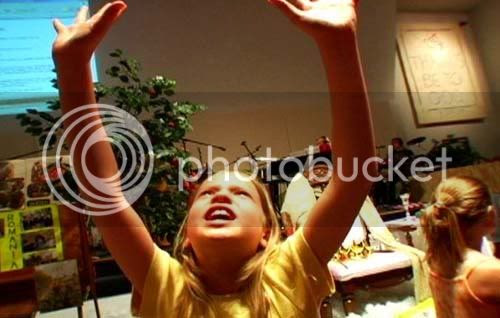 Where will kids go now to learn how to hate anyone who's different from them!? Ah well, I'm sure they'll manage somehow.
Posted by Hellbound Alleee at 9:19 AM 2 comments:

The Future of America: Time to Pack, Right-Wingers! I'll Help 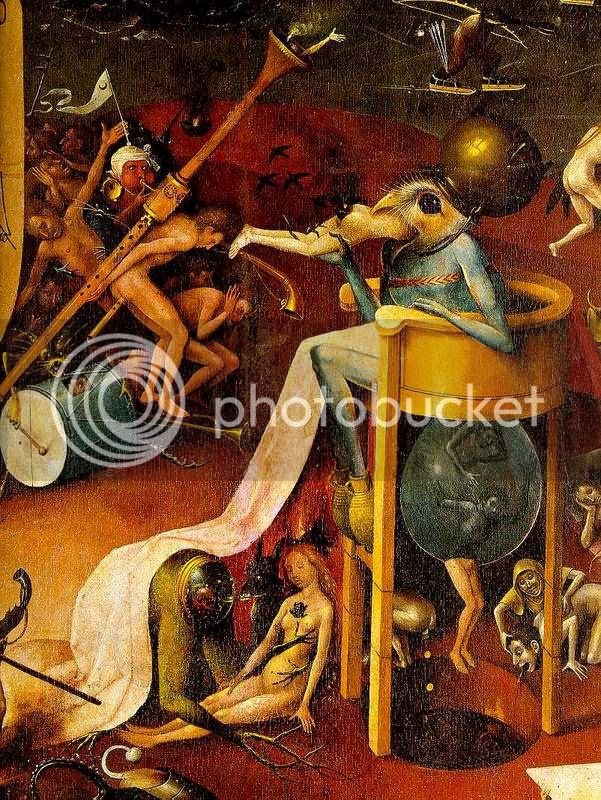 The Right was Right reports:

Now that the election is behind us, and the Democrats control one or possibly both houses of Congress, there's no reason not to admit it: the Right was right about us all along. Here is our 25-point manifesto for the new Congress:

1. Mandatory homosexuality
2. Drug-filled condoms in schools
3. Introduce the new Destruction of Marriage Act
4. Border fence replaced with free shuttle buses
5. Osama Bin Laden to be Secretary of State
6. Withdraw from Iraq, apologize, reinstate Hussein
7. English language banned from all Federal buildings
8. Math classes replaced by encounter groups
9. All taxes to be tripled
10. All fortunes over $250,000 to be confiscated
11. On-demand welfare
12. Tofurkey to be named official Thanksgiving dish
13. Freeways to be removed, replaced with light rail systems
14. Pledge of Allegiance in schools replaced with morning flag-burning
15. Stem cells allowed to be harvested from any child under the age of 8
16. Comatose people to be ground up and fed to poor
17. Quarterly mandatory abortion lottery
18. God to be mocked roundly
19. Dissolve Executive Branch: reassign responsibilities to UN
20. Jane Fonda to be appointed Secretary of Appeasement
21. Outlaw all firearms: previous owners assigned to anger management therapy
22. Texas returned to Mexico
23. Ban Christmas: replace with Celebrate our Monkey Ancestors Day
24. Carter added to Mount Rushmore
25. Modify USA's motto to "Land of the French and the home of the brave"

I agree with the stuff about mandatory this and that (all sarcasm aside): after all, the democrats are all about laws and regulations. I wouldn't mind some of them. Especially number 18(and number 6). If Mexico wants Texas, I don't see any reason to "keep it," (whatever that means).
Posted by Hellbound Alleee at 9:08 AM 4 comments:

Go right now to Russell's Teapot for some amazing bible posters that illustrate the truth of the bible, not some cheesy bad rhyming poetry about Jesus giving piggy-back rides. And then check out the comic strip. How did I miss this site?
Posted by Hellbound Alleee at 10:05 AM No comments:

Video: Be a Cult Leader Now!

Posted by Hellbound Alleee at 8:25 AM 4 comments:

Email ThisBlogThis!Share to TwitterShare to FacebookShare to Pinterest
Labels: cults

The Story of Job

The video was posted to me by Nathanial Scott himself. Coooool!

...And check out the clueless comments on You Tube! Sheesh!

Posted by Hellbound Alleee at 7:56 PM No comments: 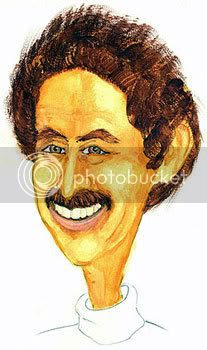 This week, we welcome David Mills, author of Atheist Universe, to talk about his book.

Download Now
Posted by Hellbound Alleee at 7:10 PM No comments: