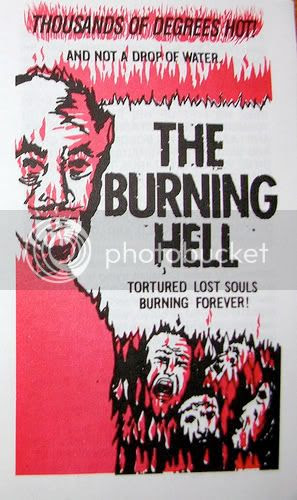 Estus Pirkle presents the REAL reason to believe: because God is some kind of horrible monster who created a system where people who go to the wrong Christian church end up burning and have constant diarrhea due to intestinal parasites--which is interesting because there are already people in the "wrong church" who are already dying of constant diarrhea. So maybe those hippies who said "hell is here on earth" were actually right, and old Estus escaped with his intestines intact. Or maybe he went to some other religion's Hell. I shudder to think.