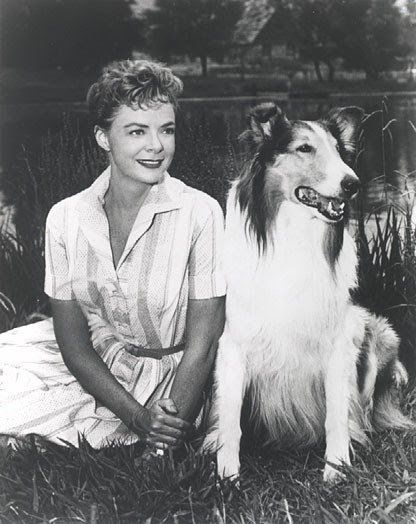 When I was hunting for something to chop up for you, I realized I hadn't really, truly included a depressing Christmas Special for you yet, so here it is. Every year that "Lassie" was on, there was a depressing Christmas special episode. Some more depressing than others. I assure you, however, that Lassie's getting injured is not part of this particular episode. This one involved rather the true spirit of Christmas, which I liked. I could have done without the spiritual message, but what do you expect from a 1960 episode? Anyway, it included some good, old-fashioned mixing with the classes--among the children, the way Christmas season was intended. The adults only mixed in charitable and employee/employer, ruler/rulee ways, which is also to be expected. Now that I think of it, in oldy tymes, children were not seen as the higher classes, and really not seen as children at all, but they were lumped in with the servant class (Am I getting to be quite the commie, though?) So this is definitely a good, old-fashioned Christmas story that's as depressing and as relieving of middle-class guilt as any Christmas story there was, hein?